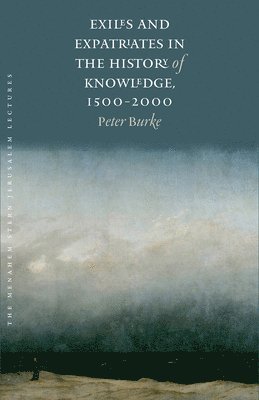 Exiles and Expatriates in the History of Knowledge, 1500-2000

In this wide-ranging consideration of intellectual diasporas, historian Peter Burke questions what distinctive contribution to knowledge exiles and expatriates have made. The answer may be summed up in one word: deprovincialization. Historically, the encounter between scholars from different cultures was an education for both parties, exposing them to research opportunities and alternative ways of thinking. Deprovincialization was in part the result of mediation, as many emigres informed people in their "hostland" about the culture of the native land, and vice versa. The detachment of the exiles, who sometimes viewed both homeland and hostland through foreign eyes, allowed them to notice what scholars in both countries had missed. Yet at the same time, the engagement between two styles of thought, one associated with the exiles and the other with their hosts, sometimes resulted in creative hybridization, for example, between German theory and Anglo-American empiricism. This timely appraisal is brimming with anecdotes and fascinating findings about the intellectual assets that exiles and immigrants bring to their new country, even in the shadow of personal loss.
Läsglädje för alla, varje dag