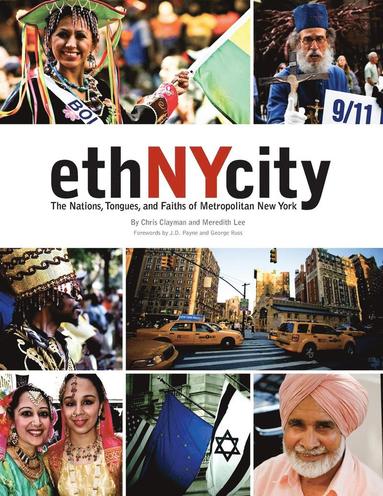 Step into Metropolitan New York and rub shoulders with the world. Everyone knows that New York City and its environs are ethnically diverse, but how much so? And who are all of these people speaking languages other than English? Where do they come from and why are they here? Do all of the immigrant groups have their own little ethnic enclaves? What are their lives like and what are their beliefs? Is there a specific way I can pray for them? Like no other book before, ethNYcity: The Nations, Tongues, and Faiths of Metropolitan New York, answers these questions. Built upon extensive research through field interviews and external sources, ethNYcity is an important resource for all people interested in cross-cultural missions in North America. The information, stories, and pictures provide fuel for Christians to pray strategically for the peoples of this world and for New York City in particular. For Metro New York church, mission, and denominational leaders, the book will prove to be a valuable resource for evaluating and planning outreach efforts. Suitable as a coffee table book or a resource for the bookshelf, ethNYcity features

Hundreds of full-color photographs of the peoples of Metro New York at work, play, and worship.

Significant subgroup information if there are multiple ethnic groups represented in a single profile.