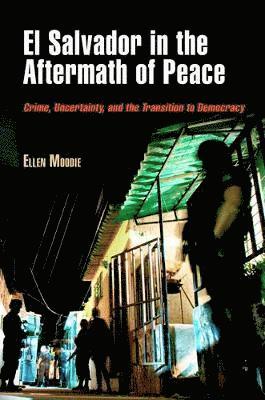 El Salvador in the Aftermath of Peace

El Salvador's civil war, which left at least 75,000 people dead and displaced more than a million, ended in 1992. The accord between the government and the Farabundo Marti National Liberation Front (FMLN) has been lauded as a model post-Cold War peace agreement. But after the conflict stopped, crime rates shot up. The number of murder victims surpassed wartime death tolls. Those who once feared the police and the state became frustrated by their lack of action. Peace was not what Salvadorans had hoped it would be. Citizens began saying to each other, "It's worse than the war." El Salvador in the Aftermath of Peace: Crime, Uncertainty, and the Transition to Democracy challenges the pronouncements of policy analysts and politicians by examining Salvadoran daily life as told by ordinary people who have limited influence or affluence. Anthropologist Ellen Moodie spent much of the decade after the war gathering crime stories from various neighborhoods in the capital city of San Salvador. True accounts of theft, assaults, and murders were shared across kitchen tables, on street corners, and in the news media. This postconflict storytelling reframed violent acts, rendering them as driven by common criminality rather than political ideology. Moodie shows how public dangers narrated in terms of private experience shaped a new interpretation of individual risk. These narratives of postwar violence-occurring at the intersection of self and other, citizen and state, the powerful and the powerless-offered ways of coping with uncertainty during a stunted transition to democracy.
Läsglädje för alla, varje dag