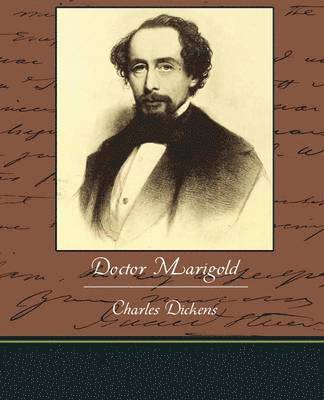 Dickens is considered to be one of the greatest British writers of all times. He was a social activist who wrote plays and novels during the Victorian period. His most famous novels include Tale of Two Cities, Oliver Twist, and David Copperfield. Doctor Marigold was originally published in All the Year Round in 1865. A quote from the Hesperus book jacket reads, " Named after the doctor who delivered him as a baby, Doctor Marigold is a poor hawker who, after a dreadful turn of events, finds happiness with his adopted daughter Sophy. She is a deaf mute, and to help her learn to read and communicate, Doctor Marigold 'prescribes' her various stories, which he collects into a book while she is at school. These prescriptions, written by Dickens and five other distinguished Victorian writers, are tales of adventure and romance, featuring thieves, kidnappings and witchcraft. Together, they form a wonderful selection of stories that are told with the clever wit and brilliant description that characterise Dickens' writing."
Att läsa är att resa