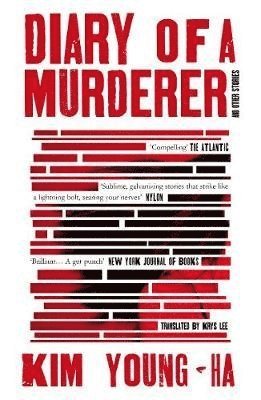 Diary of a Murderer: And Other Stories

In his prime, Byeongsu was one of the best murderers around, spending years obsessively trying to perfect his technique, only killing in the pursuit of artistry. And then he gave it all up to be a dedicated father to his adopted-daughter, Eunhui. Now though, suffering from the onset of dementia, he decides to come out of retirement one last time and for one final target: his daughter's boyfriend, who he believes is a serial killer just like him. After all, it takes a one to know one. In other dark and glittering tales, an affair between two childhood friends questions the limits of loyalty and love; a family disintegrates after a baby son is kidnapped and recovered years later; and a wild, erotic pursuit of creativity might just come at the expense of all sanity.

'Filled with the kind of sublime, galvanizing stories that strike like a lightning bolt, searing your nerves' Nylon.