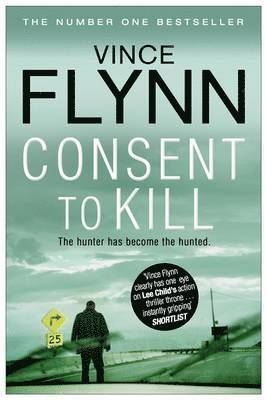 THE NEW YORK TIMES NUMBER ONE BESTSELLER For more than ten years, Mitch Rapp has been on the frontline of the War against Terror. His bold actions have saved the lives of thousands - but in the process his list of enemies has grown inexorably. Thousands of miles away, the influential father of a dead terrorist demands retribution for the death of his son at the hands of the infidels. He wants Rapp dead - and his hate-filled plea has found sympathetic ears. In the tangled, duplicitous world of espionage, there are those, even among America's allies, who feel Rapp has grown too effective. They've been looking for an excuse to eliminate America's No.1 counterterrorism operative - and they've decided to seize the chance.The Hunter has become the Hunted. AMERICAN ASSASSIN, book one in the series, is soon to be a MAJOR MOTION PICTURE starring Dylan O'Brien (Maze Runner), Taylor Kitsch (True Detective) and Michael Keaton. Praise for the Mitch Rapp series 'Sizzles with inside information and CIA secrets' Dan Brown 'A cracking, uncompromising yarn that literally takes no prisoners' The Times 'Vince Flynn clearly has one eye on Lee Child's action thriller throne with this twist-laden story. . . instantly gripping' Shortlist 'Action-packed, in-your-face, adrenalin-pumped super-hero macho escapist fiction that does exactly what it says on the label' Irish Independent 'Mitch Rapp is a great character who always leaves the bad guys either very sorry for themselves or very dead' Guardian
Läsglädje för alla, varje dag