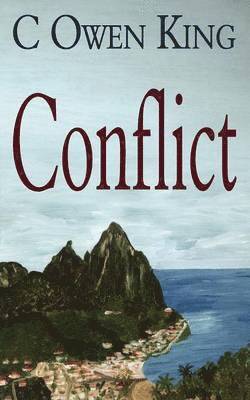 John 'Boy' Lawrence is growing up in a tropical paradise, but things are not sunny. He is at the centre of controversy as the son of a married white landowner, Frank Weston, and his former employee, Lucille, a local woman. Sent to be brought up by his grandparents, Boy finds a mentor in his grandfather, Clifton, the model of quiet dignity who serves as Frank's right-hand man. Clifton, a well-respected member of the community, strives to pass on his moral compass to his grandson. However, it becomes more difficult when Clifton finds himself at odds with his brother Randolph, who takes a more militant view on the future of the islanders, and his doctor, Dan, who believes that people can improve their fates given the proper tools. And when Dan finds himself in conflict with his best friend, Boy's white, land-owning half-brother, things quickly come to a head.With everyone set against everyone else, and no easy answers in sight, Boy's world seems poised to come crashing down around his ears.
Läsglädje för alla, varje dag