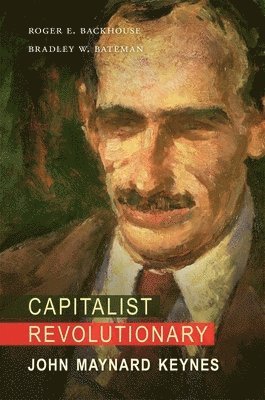 The Great Recession of 2008 restored John Maynard Keynes to prominence. After decades when the Keynesian revolution seemed to have been forgotten, the great British theorist was suddenly everywhere. "The New York Times" asked, "What would Keynes have done?" The "Financial Times" wrote of "the undeniable shift to Keynes." "Le Monde" pronounced the economic collapse Keynes's "revenge." Two years later, following bank bailouts and Tea Party fundamentalism, Keynesian principles once again seemed misguided or irrelevant to a public focused on ballooning budget deficits. In this readable account, Backhouse and Bateman elaborate the misinformation and caricature that have led to Keynes's repeated resurrection and interment since his death in 1946.

Keynes' engagement with social and moral philosophy and his membership in the Bloomsbury Group of artists and writers helped to shape his manner of theorizing. Though trained as a mathematician, he designed models based on how specific kinds of people (such as investors and consumers) actually behave--an approach that runs counter to the idealized agents favored by economists at the end of the century.

Keynes wanted to create a revolution in the way the world thought about economic problems, but he was more open-minded about capitalism than is commonly believed. He saw capitalism as essential to a society's well-being but also morally flawed, and he sought a corrective for its main defect: the failure to stabilize investment. Keynes' nuanced views, the authors suggest, offer an alternative to the polarized rhetoric often evoked by the word "capitalism" in today's political debates.