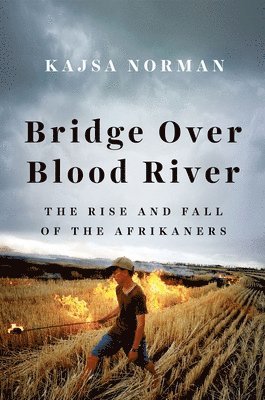 Nelson Mandela is dead and his dream of a rainbow nation in South Africa is fading. Twenty years after the fall of apartheid the white Afrikaner minority fears cultural extinction. How far are they prepared to go to survive as a people? Kajsa Norman's book traces the war for control of South Africa, its people, and its history, over a series of December 16ths, from the Battle of Blood River in 1838 to its commemoration in 2011. Weaving between the past and the present, the book highlights how years of fear, nationalism, and social engineering have left the modern Afrikaner struggling for identity and relevance. Norman spends time with residents of the breakaway republic of Orania, where a thousand Afrikaners are working to construct a white-African utopia. Citing their desire to preserve their language and traditions, they have sequestered themselves in an isolated part of the arid Karoo region. Here, they can still dictate the rules and create a homeland with its own flag, currency and ideology. For a Europe that faces growing nationalism, their story is more relevant than ever. How do people react when they believe their cultural identity is under threat?Bridge Over Blood River's haunting and subversive evocation of South Africa's racial politics provides some unsettling answers.
Läsglädje för alla, varje dag