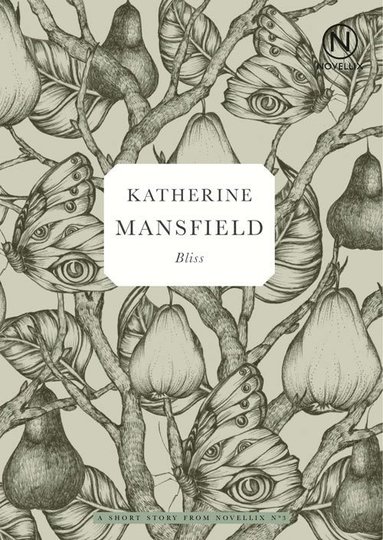 "But in her bosom there was still that bright glowing place - that shower of little sparks coming from it. It was almost unbearable. She hardly dared to breathe for fear of fanning it higher, and yet she breathed deeply, deeply. She hardly dared to look into the cold mirror - but she did look, and it gave her back a woman, radiant, with smiling, trembling lips, with big, dark eyes and an air of listening, waiting for something...divine to happen...that she knew must happen infallibly."

The New Zealand born writer Katherine Mansfield (1888-1923) is considered one of the most influential authors of the early 1900s. However, Mansfield's work is often overlooked in the canon of British modernism and her short stories are only now beginning to get the recognition they deserve. During her short life Mansfield wrote five collections of short stories including In a German Pension (1911) and The Garden Party & Other Stories (1922).

Bliss was first published in 1918 in The English Review and was also included in the short story collection Bliss & Other Stories which was published two years later.
Läsglädje för alla, varje dag