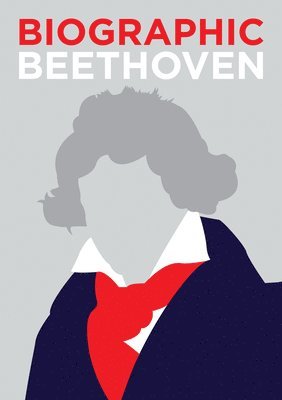 The Biographic series presents an entirely new way of looking at the lives of the world's greatest thinkers and creatives. It takes the 50 defining facts, dates, thoughts, habits and achievements of each subject, and uses infographics to convey all of them in vivid snapshots. Each Biographic title is designed to be as entertaining as it is informative. Timelines not only pinpoint significant dates, but set them in the context and culture of their times. Dynamic maps locate biographical events alongside other points of interest. Character traits are illuminated by visual comparisons. Most people know that Ludwig van Beethoven(1770 1827) was a German composer, a musical prodigy whose Symphony No. 5 is recognisable the world over from its opening four notes. What, perhaps, they don't know is that he was almost completely deaf for nearly half his life; that his father would often lie about when Beethoven was born to make his talents seem even more astonishing; that he wrote a sonata to be played with building implements and called it the "Hammer-Klavier Sonata'; and that he dedicated works to Napoleon and a dead poodle. Biographic: Beethoven presents an instant impression of his life, work and legacy, with an array of irresistible facts and figures converted into infographics to reveal the composer behind the compositions. AUTHOR: Marcus Weeks studied Music and Musical Instrument Technology, and worked as a Music teacher, piano technician and composer before becoming a full-time writer. He has written extensively on music, philosophy and psychology.
Läsglädje för alla, varje dag