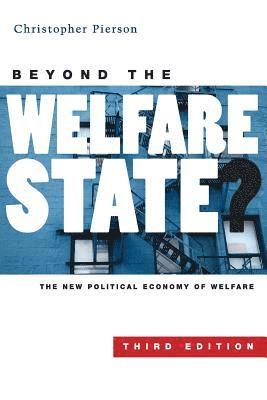 Beyond the Welfare State?

Over the past decade, Beyond the Welfare State? has become established as the key text on the emergence and development of welfare states. It offers a comprehensive and remarkably well-informed introduction to the ever more intense debates that surround the history and, still more importantly, the future of welfare in advanced industrialised states. Comprehensively revised and re-written, this third edition of the book embraces all of the most important theoretical and empirical developments in welfare state studies of recent years. Working within an explicitly comparative framework, the book draws on a wealth of international evidence to survey what are now the most pressing issues surrounding the future of welfare: among them, globalisation, demographic change, declining fertility, postindustrialism and immigration. It draws extensively on the explosion of work on welfare states that has emerged within the North American political science community over the past ten years as well as giving detailed attention to developments with the UK, continental and northern Europe and beyond. Beyond the Welfare State? remains the most comprehensive and up-to-date guide to the complex of issues that surround welfare reform. It is required reading for anyone who wants to come to terms with what is really at stake in arguments about the future of welfare.
Läsglädje för alla, varje dag