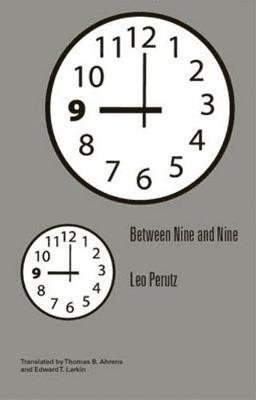 Between Nine and Nine

In turn-of-the-century Vienna the impoverished, foreign-born Stanislaus Demba, who earns his livelihood as a tutor of children of the professional class, must urgently find two hundred crowns to take his girlfriend to Italy in order to prevent her from going with a well-off law student. In a series of humorous and intricately-connected vignettes, the Czech-born Leo Perutz, himself an immigrant to Vienna, sends the hero cascading through the various social classes of the city in his quest to obtain the needed money even as he tries to conceal a shameful secret. Besides offering a satire of contemporary life in his characterization of the petty bourgeoisie and the upper class university professors and intellectuals, gallants and flirts, gamblers and high-class thieves Between Nine and Nine (1918) also sheds light on the forces that conditioned identity in fin-de-siècle Vienna: industrialization, misogyny, anti-Semitism, classism, and xenophobia. Through the modern, indeterminate narrative stance, the novel, originally entitled Freedom in its serialized version, ultimately depicts the contingency of self-determination and identity in a complex social milieu. On display are the authors skills as storyteller and caricaturist, his subtle and satiric humor, his highly refined aesthetic sensibilities, and his insightful social commentary. Readers will find him and this novel delightfully provocative.
Läsglädje för alla, varje dag