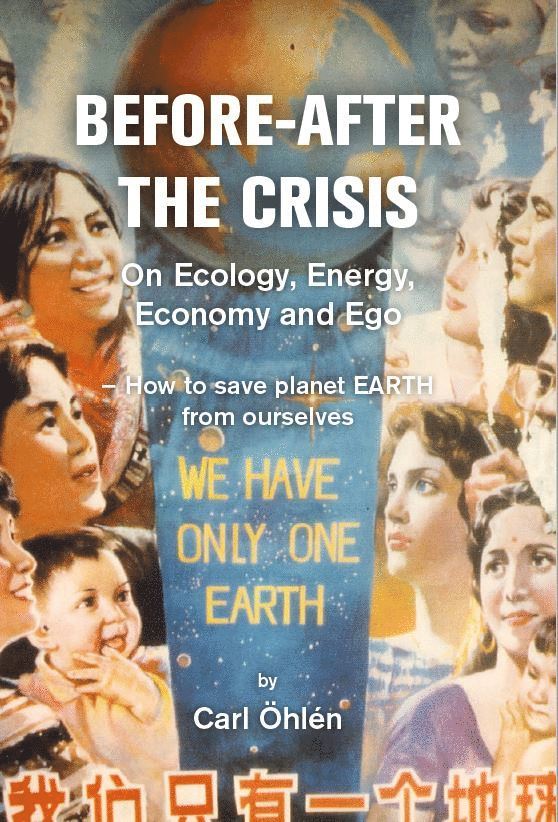 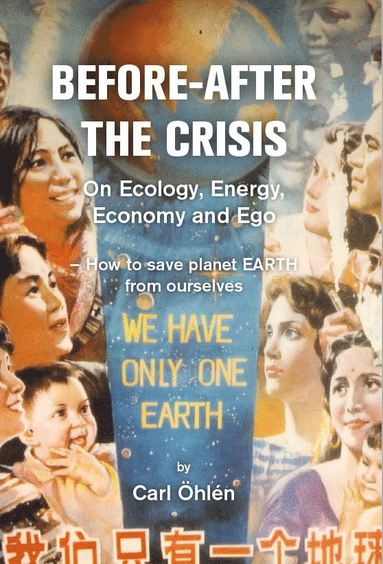 Before - after the crisis

We are experiencing a world in crisis. The accelerating climate crisis with global heating, acidification of the oceans and deforestation result in mass extermination of life forms. The COVID-19 pandemic is a deadly reminder together with antibiotic resistance, obesity and diabetes of a worldwide health crisis. Families flee from violence, war, hunger, poverty and climate change in a growing refugee crisis where our dependence on fossil fuels is financing Putin's cruel war in Ukraine. In our inequality crisis UNEP reports the richest 1 per cent emits more than twice the poorest 50 per cent of global population. The infodemic with extreme disinformation is driving a democracy crisis. All are interconnected in an existential crisis and a 6th mass extinction.

Homo Sapiens is a late arrival in the evolution on planet Earth. We are a historical parenthesis. In a single "Fossil generation F", some of us wealthy have consumed and polluted so much that we threaten the boundaries and balance of "GAIA" - our living planet. This impact on our planet"s ecosystems is named "The Anthropocene Epoch".

After World War II we began "The Great Acceleration". With more cars, highways, airports and airplanes, tankers, container- and cruise ships, plastics, fertilizers, chemicals, toxins, shopping malls and emissions we travel blindly staring at our iPhone along the Highway to Hell towards the climate meltdown known as the Hothouse Earth.
The first U.N. conference on the environment Only One Earth was held in Stockholm 1972. The United Nations Framework Convention on Climate Change (UNFCCC) was formed at the Earth Summit in Rio de Janeiro 1992 and the first Conference of the Parties,(COP1) was held 1995. The delayed COP26 was held in Glasgow 2021 and for the first time the F-word was mentioned - Fossil Fuel! Now STOCKHOLM+50 will be arranged in June 2022 "celebrating" 50 years of continuing CO2 emissions and global warming.

Despite recurring Ecological, Energy and Economic crises, our resource-intensive global market system continues according to BAU, Business As Usual. There is another "E" in this E4 Existential crisis -Ego - for us belonging to the rich part of the world living in excess and forcing all towards a collective suicide. We need climate justice and peace with Mother Earth - NOW! Our choice is black and white as Greta Thunberg says - Either we stop the emissions or we don"t.