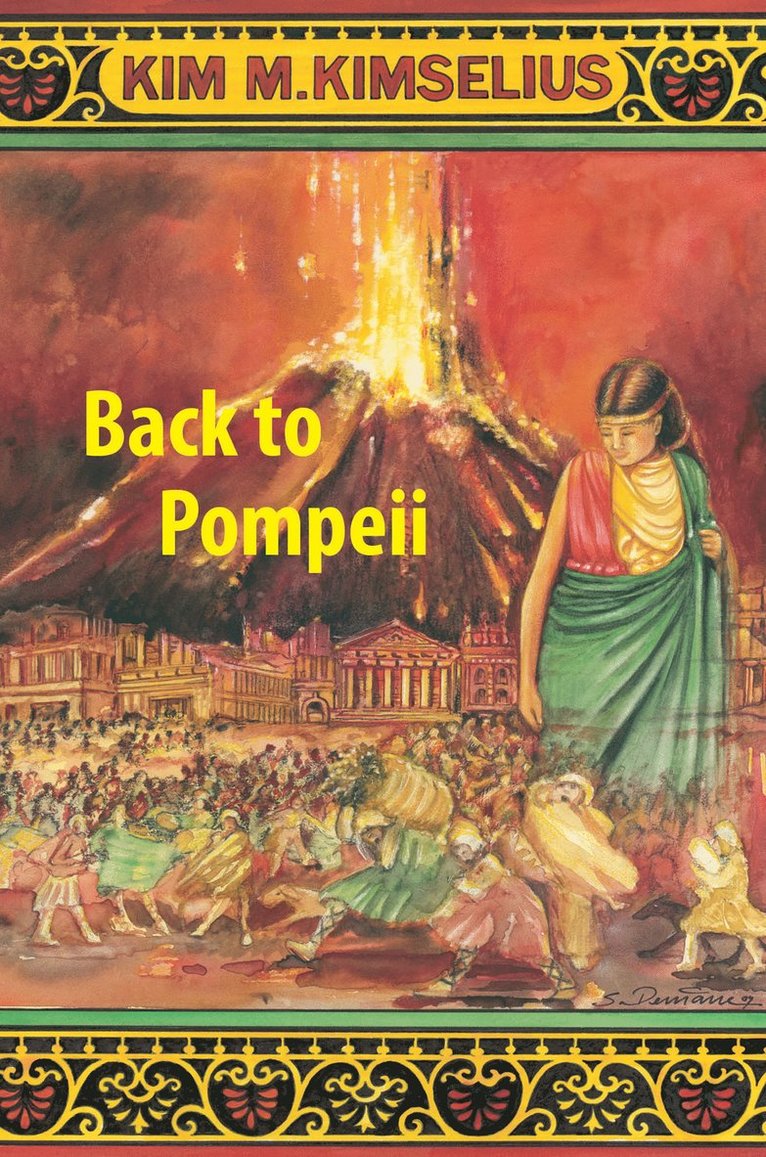 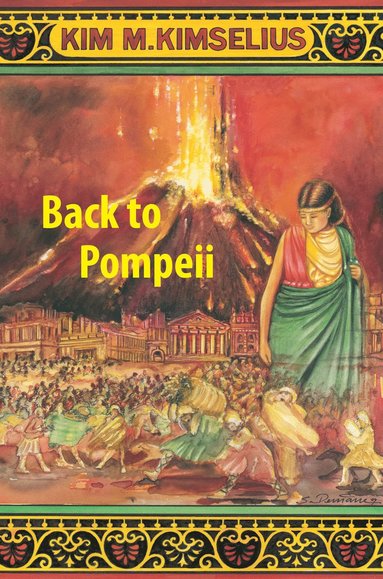 Ramona can hardly believe her eyes! She stares at Theo and a sense of dread starts to well upp inside her. What began as an eagerly-awaited school trip to Italy has now turned into a nightmare.
The class has just visited the museum in Pompeii, the ruined Roman city that was buried beneath volcanic ash when Mount Vesuvius erupted nearly two thousand years ago. Ramona is feeling queasy from looking at the casts of people who died in the eruption that destroyed the city. Suddenly, a strange sensation comes over her and she sits down to rest. Within minutes, she falls into a deep sleep.
When she wakes up, she finds that everything is different. Pompeii is no longer in ruins. The city is bustling with life and Ramona realises that this is Pompeii before the eruption! She also knows that Vesuvius will soon undergo a terrifying transformation. Glowing lava and choking hot ash will come raining don and bury the entire city and its inhabitants. Will she and Theo be able to get away in time? Ramona has no idea when the vulcano will erupt. It could happen in a hundred years' time, in ten years or in ten minutes...
Back to Pompeii is Kim M. Kimselius' first book. It has enjoyed great success and beeen translated into many languages and is popular with readers of all ages. Kimselius skilfully brings the history of Pompeii to life and takes the readers on a thrilling journey back in time. It's a book you won't want to put down!

"The choking ash that finally and inevitably lays a suffocating blanket over the city is frighteningly described. Back to Pompeii is a good read and a book I would happily put in the hands of any 12-to-15-year-old. (And it wouldnt bore the pants off their parents either.)" Teacher and translator John Nixon

"I just finished Back to Pompeii. Wow! What an exciting (and fairly terrifying) story! I would really love to know more about the adventures of Theo, Pluto and Ramona." Dr. Sarah Russell

"Has Blekinge got an Astrid Lindgren of its own? Having read Kim M. Kimselius' debut you might start to wonder." Blekinge Läns Tidning.

"Brings story to life... Inspiring description of the people and places..." Bohuslänningen Newspaper

"A pleasant book of knowledge"... a fun way of learning..." The magazine Mitt Livs Novell

"What a success! Kim M. Kimselius' debut 'Back to Pompeii' has reached several thousand copies sold!" The magazin Hemmets Journal

"This book is great! Thrilling, amusing, sad and horryfying too - just as a good book should be!" The magazin Allers

"The suspense grows through the unexpected turns in the story." Åbo Underrättelse Newspaper, Finland

"Back to Pompeii - the most successful book of the year in the children's and teenagers' category." Smålandsposten Newspaper

"This is the debut of Kim M. Kimselius - the immense success of Christmas 1997 that gave her the honourable nickname 'the Astrid Lindgren of Blekinge'."

Here at last! The much longed-for new edition of Kim M. Kimselius's success "Back to Pompeii", her blockbuster debut of Christmas 1997.