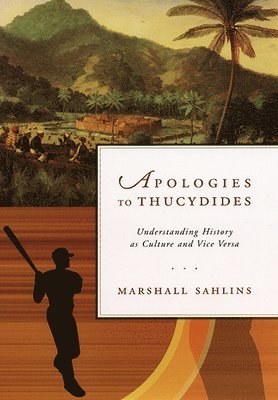 Thucydides' classic work on the history of the Peloponnesian War is the root of Western conceptions of history--including the idea that Western history is the foundation of everyone else's. Here, Marshall Sahlins takes on Thucydides and the conceptions of history he wrought with a groundbreaking new book that shows what a difference an anthropological concept of culture can make to the writing of history. Sahlins begins by confronting Thucydides' account of the Peloponnesian War with an analogous Polynesian War, the fight for the domination of the Fiji Islands (1843-55) between a great sea power (like Athens) and a great land power (like Sparta). Sahlins draws parallels between the conflicts with an eye to their respective systems of power and sovereignty as well as to Thucydides' alternation between individual (Pericles, Themistocles) and collective (the Athenians, the Spartans) actors in the making of history. Characteristic of most histories ever written, this alternation between the agency of Great Men and collective entities leads Sahlins to a series of incisive analyses ranging in subject matter from Bobby Thomson's shot heard round the world for the 1951 Giants to the history-making of Napoleon and certain divine kings to the brouhaha over Elian Gonzalez. Finally, again departing from Thucydides, Sahlins considers the relationship between cultural order and historical contingency through the recounting of a certain royal assassination that changed the course of Fijian history, a story of fratricide and war worthy of Shakespeare. In this most convincing presentation yet of his influential theory of culture, Sahlins experiments with techniques for mixing rich narrative with cultural explication in the hope of doing justice at once to the actions of persons and the customs of people. And he demonstrates the necessity of taking culture into account in the creation of history--with apologies to Thucydides, who too often did not.
Läsglädje för alla, varje dag