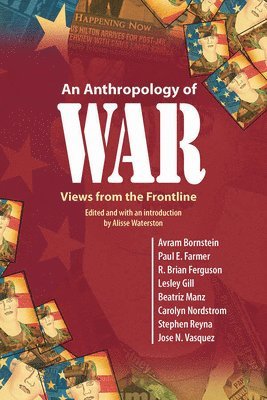 An Anthropology of War: Views from the Frontline

It is sobering, but also provocative to look at war from the viewpoint of anthropologists, especially those who have had the unique experience of being in zones of war. These essays bring special insights, but also a passion missing in the usual journalistic accounts or scholarly reflections. The writers in this volume not only enlarge our perspective but move us emotionally - a rare and admirable combination. Howard Zinn As we move deeper into the twenty-first century, power, lethal force, and injustice continue to explode violently into war, and the prospects for lasting peace look even bleaker. The horrors of modern warfare - the death, dehumanization, and destruction of social and material infrastructures - have done little to bring an end to armed conflict. In this volume, leading chroniclers of war provide thoughtful and powerful essays that reflect on their ethnographic work at the frontlines. The contributors recount not only what they have seen and heard in war zones but also what is being read, studied, analyzed and remembered in such diverse locations as Colombia and Guatemala, Israel and Palestine, Iraq, Afghanistan, and Haiti. In detailed reports from the field, they reflect on the important issue of accountability and offer explanations to discern causes, patterns, and practices of war. Through this unique lens, the contributors provide the insight and analysis needed for a deeper understanding of one of the greatest issues of our times. Contributors: Avram Bornstein, Paul E. Farmer, R. Brian Ferguson, Lesley Gill, Beatriz Manz, Carolyn Nordstrom, Stephen Reyna, Jose N. Vasquez Alisse Waterston is Professor of Anthropology, John Jay College of Criminal Justice, CUNY. Her work focuses on the human consequences of structural and systemic violence and inequality. Her publications include Love, Sorrow and Rage: Destitute Women in a Manhattan Residence, and Anthropology off the Shelf: Anthropologists on Writing, co-edited with Maria D. Vesperi.
Läsglädje för alla, varje dag