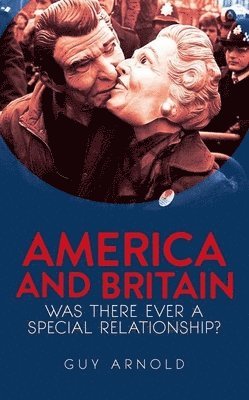 Britain's political and military elite has for decades nurtured the idea that enduring ties bind the interests of London and Washington, in good times and bad. Irrespective of the end of the Cold War, the 9/11 attacks and the economic rise of the East, these links are allegedly impregnable. But how accurate a picture is this? Are the British engaged in a monumental act of self-delusion? Guy Arnold investigates the 'American disease' at the heart of Whitehall, which, he argues, has tied British policies too closely to those of Washington. The 'special relationship' became a Foreign Office priority and gave Britain the illusion of power it no longer enjoyed. As Churchill put it acidly, 'the British and the Americans were stuck with each other - a junior partner and a senior partner respectively'. For the Americans it provided a way of keeping Britain 'on side' but in return Washington accelerated Britain's imperial decline. The Americans always saw Britain in Europe as a Trojan Horse to safeguard their interests and as a military outpost for their global ambitions. They derided or ignored the 'special relationship', even in their dealings with Thatcher and Blair, and latterly the Foreign Office has failed to convince President Obama of its unique importance.
Läsglädje för alla, varje dag