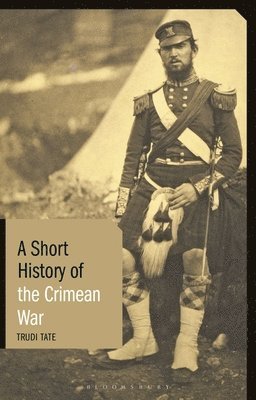 A Short History of the Crimean War

The Crimean War (1853-1856) was the first modern war. A vicious struggle between imperial Russia and an alliance of the British, French and Ottoman Empires, it was the first conflict to be reported first-hand in newspapers, painted by official war artists, recorded by telegraph and photographed by camera. In her new short history, Trudi Tate discusses the ways in which this novel representation itself became part of the modern war machine. She tells forgotten stories about the war experience of individual soldiers and civilians, including journalists, nurses, doctors, war tourists and other witnesses. At the same time, the war was a retrograde one, fought with the mentality, and some of the equipment, of Napoleonic times. Tate argues that the Crimean War was both modern and old-fashioned, looking backwards and forwards, and generating optimism and despair among those who lived through it. She explores this paradox while giving full coverage to the bloody battles (Alma, Balaklava, Inkerman), the siege of Sebastopol, the much-derided strategies of the commanders, conditions in the field and the cultural impact of the anti-Russian alliance.
Läsglädje för alla, varje dag