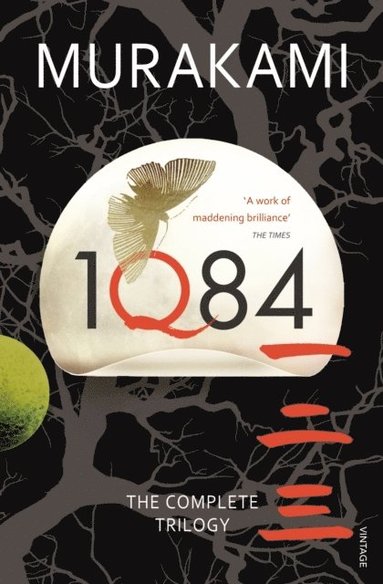 The year is 1984. Aomame sits in a taxi on the expressway in Tokyo. Her work is not the kind which can be discussed in public but she is in a hurry to carry out an assignment and, with the traffic at a stand-still, the driver proposes a solution. She agrees, but as a result of her actions starts to feel increasingly detached from the real world. She has been on a top-secret mission, and her next job will lead her to encounter the apparently superhuman founder of a religious cult. Meanwhile, Tengo is leading a nondescript life but wishes to become a writer. He inadvertently becomes involved in a strange affair surrounding a literary prize to which a mysterious seventeen-year-old girl has submitted her remarkable first novel. It seems to be based on her own experiences and moves readers in unusual ways. Can her story really be true? Aomame and Tengo's stories influence one another, at times by accident and at times intentionally, as the two come closer and closer to intertwining. As "1Q84" accelerates towards its conclusion, both are pursued by persons and forces they do not know and cannot understand. As they begin to decipher more about the strange world into which they have slipped, so they sense their destinies converging. What they cannot know is whether they will find one another before they are themselves found. "1Q84" is a magnificent and fully-imagined work of fiction - a thriller, a love-story and a mind-bending ode to George Orwell's "Nineteen Eighty-Four". It is a world from which the reader emerges stunned and altered.
Att läsa är att resa