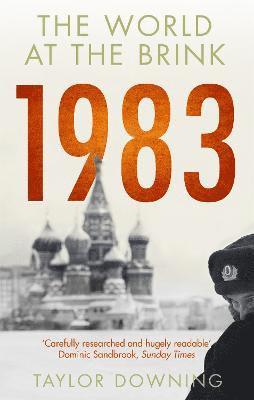 'A carefully researched and hugely readable account of the build-up to war, the momentum inexorably growing as he assembles each part of the jigsaw. Indeed, his narrative is so persuasive that by the time you are about two- thirds through, it takes some effort to remind yourself that the Third World War never happened' Dominic Sandbrook, Sunday Times 1983 was a supremely dangerous year - even more dangerous than 1962, the year of the Cuban Missile Crisis. In the US, President Reagan massively increased defence spending, described the Soviet Union as an 'evil empire' and announced his 'Star Wars' programme, calling for a shield in space to defend the US from incoming missiles. Yuri Andropov, the paranoid Soviet leader, saw all this as signs of American aggression and convinced himself that the US really meant to attack the Soviet Union. He put the KGB on alert to look for signs of an imminent nuclear attack. When a Soviet fighter jet shot down Korean Air Lines flight KAL 007 after straying off course over a sensitive Soviet military area, President Reagan described it as a 'terrorist act' and 'a crime against humanity'. The temperature was rising fast. Then at the height of the tension, NATO began a war game called Able Archer 83. In this exercise, NATO requested permission to use the codes to launch nuclear weapons. The nervous Soviets convinced themselves this was no exercise but the real thing. This is an extraordinary and largely unknown Cold War story of spies and double agents, of missiles being readied, of intelligence failures, misunderstandings and the panic of world leaders. With access to hundreds of extraordinary new documents just released in the US, Taylor Downing is able to tell for the first time the gripping but true story of how near the world came to the brink of nuclear war in 1983. 1983: The World at the Brink is a real-life thriller.
Läsglädje för alla, varje dag