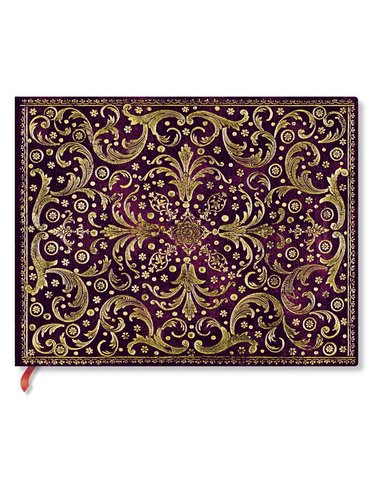 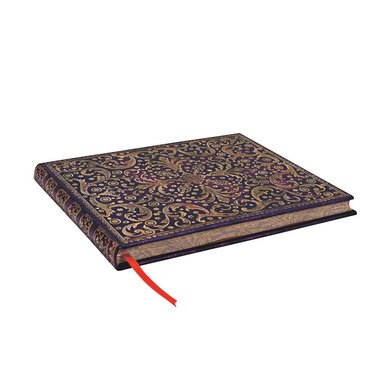 359:-
Aurelia Guest Book UNL. - Our Aurelia journals are fit for a king. The inspiration for this cover dates back to Paris in the mid-18th century, and the original binding housed copies of King Louis XV’s procedures for Holy Week. French nobility were not noted for their restraint in the use of gold embellishment, and this cover is no exception. Originally crafted by Pierre-Paul Dubuisson, this design is a marvellous riot of goldtooled rococo elements, featuring birds, flowers and leaves. Dubuisson was himself bookbinding royalty of a sort. He and his father specialised in almanacs decorated with gold plates, and Dubuisson became the King’s official bookbinder in 1758. This cover is an ode to the glory of gold, the colour of the sun and the precious metal against which all others are measured. 230x180mm
Läsglädje för alla, varje dag