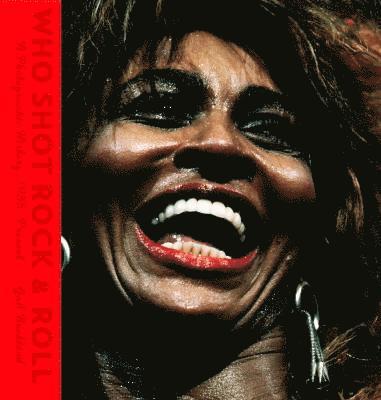 Who Shot Rock & Roll: A Photographic History, 1955 to the Present

More than two hundred spectacular photographs, sensual, luminous, frenzied, true, from 1955 to the present, that catch and define the energy, intoxication, rebellion, and magic of rock and roll; the first book to explore the photographs and the photographers who captured rock's message of freedom and personal reinvention--and to examine the effect of their pictures on the musicians, the fans, and the culture itself.
The only music photographers whose names are well known are those who themselves have become celebrities. But many of the images that have shaped our consciousness and desire were made by photographers whose names are unfamiliar. Here are Elvis in 1956--not yet mythic but beautiful, tender, vulnerable, sexy, photographed by Alfred Wertheimer . . . Bob Dylan and his girlfriend on a snowy Greenwich Village street, by Don Hunstein . . . John Lennon in a sleeveless New York City T-shirt, by Bob Gruen . . . Jimi Hendrix, by Gered Mankowitz, a photograph that became a poster and was hung on the walls of millions of bedrooms and college dorms . . .
For the first time, the work of these talented men and women is brought into the pantheon; we see the musicians they photographed and how the images gave rock and roll its visual identity.
To bring together these images, Gail Buckland, acclaimed photographic editor, curator, and scholar, looked through the archives of one hundred photographers, selecting pictures not on the basis of the usual suspects, but on the power of the images themselves, often picking an image a photographer didn't even remember he or she had taken.
Buckland writes about the photographers, their influences, their relationships with their subjects, how they took the images, how they saw what they saw and captured what they captured: the spirit and essence of rock.
A revelation of an art form whose iconic images changed the world as we knew it.
Läsglädje för alla, varje dag