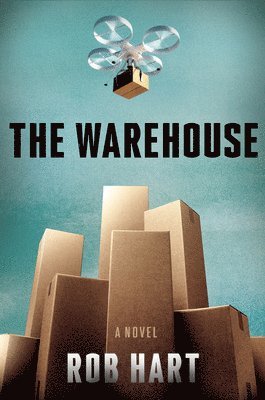 Cloud isn't just a place to work. It's a place to live. And when you're here, you'll never want to leave.

But compared to what's left outside, Cloud's bland chainstore life of gleaming entertainment halls, open-plan offices, and vast warehouses…well, it doesn't seem so bad. It's more than anyone else is offering.

Together, they'll learn just how far the company will go…to make the world a better place.

Set in the confines of a corporate panopticon that's at once brilliantly imagined and terrifyingly real, The Warehouse is a near-future thriller about what happens when Big Brother meets Big Business--and who will pay the ultimate price.
Läsglädje för alla, varje dag