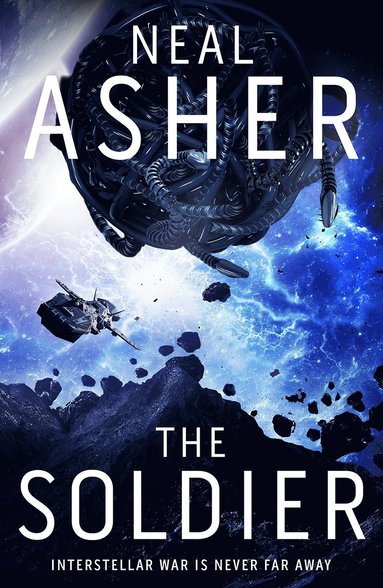 A hidden corner of space is swarming with lethal alien technology, a danger to all sentient life. It's guarded by Orlandine, who must keep it contained at any cost - as it has the power to destroy entire civilizations. She schemes from her state-of-the-art weapons station, with only an alien intelligence to share her vigil. But she doesn't share everything with Dragon . . .

Orlandine is hatching a plan to obliterate this technology, removing its threat forever. For some will do anything to exploit this ancient weaponry, created by a long-dead race called the Jain. This includes activating a Jain super-soldier, which may breach even Orlandine's defences.

Meanwhile, humanity and the alien prador empire keep a careful watch over this sector of space, as neither can allow the other to claim its power. However, things are about to change. The Jain might not be as dead as they seemed - and interstellar war is just a heartbeat away.