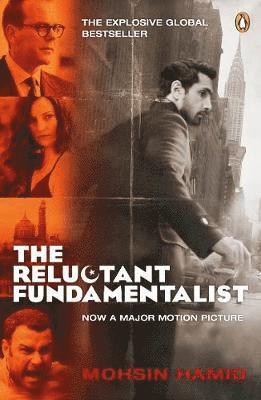 The Reluctant Fundamentalist is the award-winning international bestseller by Mohsin Hamid. NOW A MAJOR MOTION PICTURE STARRING KATE HUDSON AND KIEFER SUTHERLAND SHORTLISTED FOR THE MAN BOOKER PRIZE 2007 'Excuse me, sir, but may I be of assistance? Ah, I see I have alarmed you. Do not be frightened by my beard. I am a lover of America . . . ' So speaks the mysterious stranger at a Lahore cafe as dusk settles. Invited to join him for tea, you learn his name and what led this speaker of immaculate English to seek you out. For her is more worldy than you might expect; better travelled and better educated. He knows the West better than you do. And as he tells you his story, of how he embraced the Western dream -- and a Western woman -- and how both betrayed him, so the night darkens. Then the true reason for your meeting becomes abundantly clear . . . Praise for The Reluctant Fundamentalist: 'Beautifully written . . . more exciting than any thriller I've read for a long time' Philip Pullman 'Admirably spare and amazingly exciting' Rachel Cooke, New Statesman 'Sharp, relevant, impressively intelligent . . . entertains at the same time as it makes you think' Daily Telegraph 'A cleverly constructed fable of infatuation and disenchantment . . . Intelligent and highly engaging, genuinely provocative' Guardian 'A brilliant book' Kiran Desai 'Prods the intellect, quickens the pace and captures the imagination' Sunday Times Mohsin Hamid is the author of three novels: The Reluctant Fundamentalist, Moth Smoke and How to Get Filthy Rich in Rising Asia. His fiction has been translated into over 30 languages, received numerous awards, and been shortlisted for the Man Booker Prize. He has contributed essays and short stories to publications such as the Guardian, The New York Times, Financial Times, Granta, and Paris Review. Born and mostly raised in Lahore, he spent part of his childhood in California, studied at Princeton University and Harvard Law School, and has since lived between Lahore, London, and New York.
Läsglädje för alla, varje dag