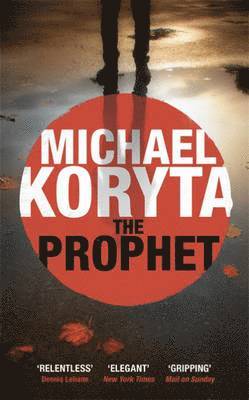 Two brothers with a shared tragic past, caused by a two-second decision that haunts them both. One decides to avenge it. The other, to forgive. Both will pay for their choices - more than they could ever imagine. When he was a teenager, Adam Austin made a decision that led to the death of his little sister. His brother Kent learned to forgive her murderer but he never forgave Adam. Twenty years later, Kent is the coach of the successful high school football team in Chambers, Ohio and Adam is the town's bail bondsman - someone people turn to when they need help. When the girlfriend of one of Kent's star players asks Adam to track down her father who has just been released from prison, Adam agrees. Days later, she is murdered at the address he gave her. Overwhelmed by guilt in this horrifying echo of the past - Adam is determined to atone for his mistakes. But this is a game outside of the brothers' control. And every decision they make is matter of life and death ...THE PROPHET is the story of family, of guilt and redemption. Epic in its page-turning power, building suspense all the way to its viscerally compelling climax.
Läsglädje för alla, varje dag