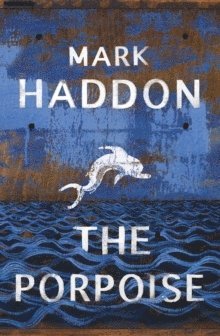 'I really am so very, very sorry about this,' he says, in an oddly formal voice... They strike the side of a grain silo. They are travelling at seventy miles per hour.

A newborn baby is the sole survivor of a terrifying plane crash.

She is raised in wealthy isolation by an overprotective father. She knows nothing of the rumours about a beautiful young woman, hidden from the world.

When a suitor visits, he understands far more than he should. Forced to run for his life, he escapes aboard The Porpoise, an assassin on his tail...

So begins a wild adventure of a novel, damp with salt spray, blood and tears. A novel that leaps from the modern era to ancient times; a novel that soars, and sails, and burns long and bright; a novel that almost drowns in grief yet swims ashore; in which pirates rampage, a princess wins a wrestler's hand, and ghost women with lampreys' teeth drag a man to hell - and in which the members of a shattered family, adrift in a violent world, journey towards a place called home.
Läsglädje för alla, varje dag