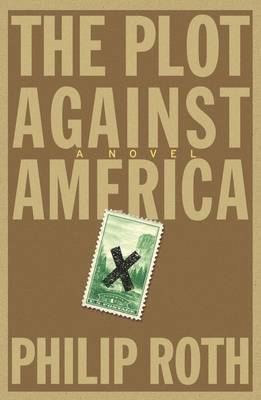 The Plot Against America

When the renowned aviation hero and rabid isolationist Charles A. Lindbergh defeated Franklin Roosevelt by a landslide in the 1940 presidential election, fear invaded every Jewish household in America. Not only had Lindbergh, in a nationwide radio address, publicly blamed the Jews for selfishly pushing America towards a pointless war with Nazi Germany, but, upon taking office as the 33rd president of the United States, he negotiated a cordial 'understanding' with Adolf Hitler, whose conquest of Europe and whose virulent anti-Semitic policies he appeared to accept without difficulty. What then followed in America is the historical setting for this startling new novel by Pulitzer-prize winner Philip Roth, who recounts what it was like for his Newark family - and for a million such families all over the country - during the menacing years of the Lindbergh presidency, when American citizens who happened to be Jews had every reason to expect the worst.
Att läsa är att resa