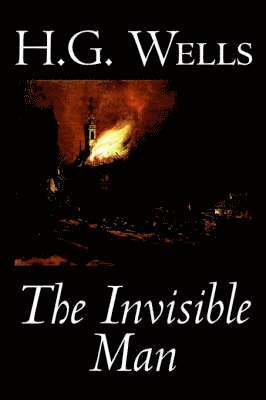 A century ago, H.G. Wells was one of the men who all but created the science fiction novel. Wells wrote three classics in four years: The Time Machine (1895), The Invisible Man (1897) and The War of the Worlds (1898). The Invisible Man, owes an obvious debt to Frankenstein, as it explores the nature of mankind, asking weather an invisible man still be bound by the morality that seems natural to us. Seems like a natural thing, doesn't it? But listen to the story Wells tells, and the doubt he places on a thing seemingly obvious: A researcher working (more or less) as a graduate student in physics, discovers a treatment that will make himself invisible. Griffin -- our invisible man -- may well be morally bankrupt before he takes the treatment. He begins by making himself invisible to avoid paying his rent -- and, as he sneaks out of the building, he sets it afire as a "lesson" for his landlord. He steals money entrusted to his father -- and causes his father to suicide in shame ...but that's only the beginning ...
Att läsa är att resa