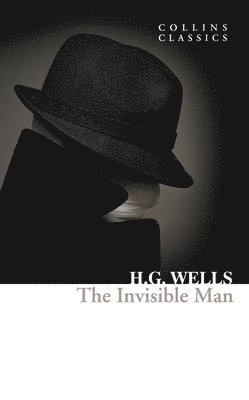 HarperCollins is proud to present its incredible range of best-loved, essential classics. "I beheld, unclouded by doubt, a magnificent vision of all that invisibility might mean to a man - the mystery, the power, the freedom." Griffin, a stranger, arrives at the local inn of an English village, entirely shrouded in bandages. Forbidding and unfriendly, he confines himself to his room. Driven away by the villagers and turning to an old friend for help, Griffin reveals that he has discovered how to make himself invisible, and plans to use his condition for treacherous ends. But when his friend refuses to join his quest, Griffin turns murderous, threatening to seek revenge on all who have betrayed him. H. G. Wells' controversial works are considered modern classics of the science fiction genre. Originally serialised in 1897, The Invisible Man is a fascinating exploration of power, corruption and science.
Att läsa är att resa