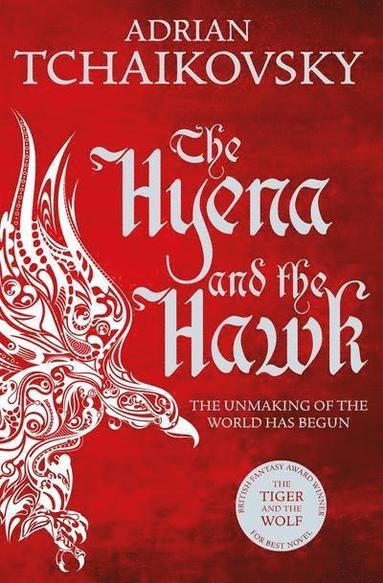 The Hyena and the Hawk

From the depths of the darkest myths, the soulless Plague People have returned. Their pale-walled camps obliterate villages, just as the terror they bring with them destroys minds. In their wake, nothing is left of the true people: not their places, not their ways. The Plague People will remake the world as though they had never been.

The heroes and leaders of the true people - Maniye, Loud Thunder, Hesprec and Asman - will each fight the Plague People in their own ways. They will seek allies, gather armies and lead the charge. But a thousand swords or ten thousand spears will not suffice to turn back this enemy. The end is at hand for everything the true people know.