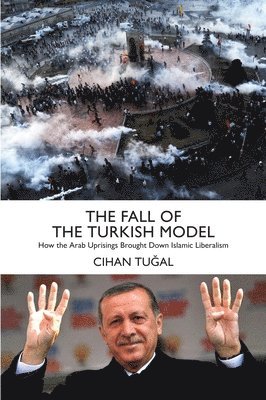 The Fall of the Turkish Model

Just a few short years ago, the Turkish Model was being hailed across the world. The New York Times gushed that Prime Minister Recep Tayyip Erdogan and his Justice and Development Party (AKP) had "effectively integrated Islam, democracy, and vibrant economics," making Turkey, according to the International Crisis Group, "the envy of the Arab world." And yet, a more recent CNN headline wondered if Erdogan had become a dictator. In this incisive analysis, Cihan Tugal argues that this development runs broader and deeper than Erdogan's increasing personal authoritarianism. The problems are inherent in the very model of Islamic liberalism, once lauded in the Western press, that formed the basis of the AKP's ascendancy and rule since 2002-an intended marriage of neoliberalism and democracy. And this model can also only be understood as a response to regional politics-especially to the "Iranian Model", a marriage of corporatism and Islamic revolution. The Turkish model was a failure in its home country, and the dynamics of the Arab world made it a tough commodity to export. Tugal's masterful explication of the demise of Islamic liberalism brings in Egypt and Tunisia, once seen as the most likely followers of the Turkish model, and provides a path-breaking examination of their regimes and Islamist movements, as well as paradigm-shifting accounts of Turkey and Iran.
Läsglädje för alla, varje dag