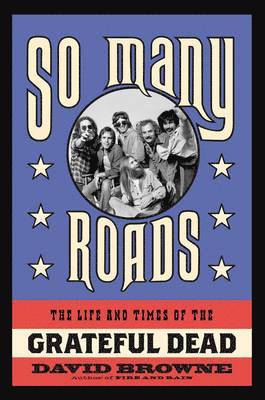 Fifty years after they first came together and changed the sound of rock'n' roll, the Grateful Dead remain one of rock's most beloved bands,a musical and cultural phenomenon that spans generations and paved the way for everything from the world of jam bands and the idea of independently released music to social networking. Much has been written about the band, but nothing quite as vibrant and vivid as So Many Roads .Drawing on new interviews with surviving members and people in their inner circle,along with the group's extensive archives and his own research from years of covering the group,David Browne, longtime music journalist and contributing editor at Rolling Stone , does more than merely delve into the Dead's saga. By way of an altogether unique structure,each chapter centreed around a significant or pivotal day in their story,he lends this epic musical and cultural story a you-are-there feel unlike any other book written about the band. So Many Roads takes us deep into the world of the Dead in ways that will be eye-opening even to the most rabid Deadheads. Readers will find themselves inside their communal home in Haight-Ashbury during the band's notorious 1967 bust behind the scenes in the studio, watching the Dead at work (and play) backstage at the taping of the legendary "Touch of Grey" video and at their final shows and in the midst of the Dead's legendary band meetings. Along the way, readers will hear not only from the Dead but also from friends, colleagues, lovers, and crew members, including some who've never spoken to the press before.The result is a remarkably detailed and cinematic book that paints a strikingly fresh portrait of one of rock's greatest and most enduring institutions and sheds new light,for fans and newcomers alike,on the band's music, dynamics, and internal struggles. "There is nothing like a Grateful Dead concert," read the legendary bumper stickers. Similarly, there's nothing like So Many Roads , which explores all-new routes on the band's long, strange trip.
Läsglädje för alla, varje dag