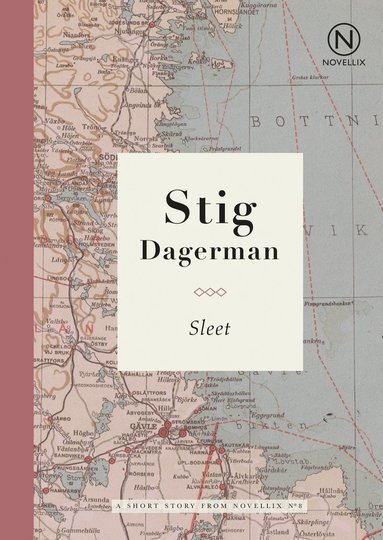 I stick my knife in its sheath and head out to the yard. I look out on the road to see if the car's coming, but it's still way too early. Next I go over to the gate and carve my name in the wood. I'll never forget this day when we were chopping carrots, when it was raining and the rain turned to sleet, and when the Aunt from America was coming here to stay.

Stig Dagerman (b. 1923 in Älvkarleby, d. 1954), was one of the most prominent Swedish authors in the aftermath of World War II. During 1945-49 he enjoyed phenomenal success writing novels, short stories, plays, poems and a large amount of journalism. His work deals predominantly with the universal problems of morality and conscience, of sexuality and social philosophy, and of love, compassion and justice. Despite the somewhat sombre content, he displays a wry sense of humour that occasionally turns his writing into burlesque or satire.
In the autumn of 1954, Stig Dagerman was found dead. However, his existential texts transcend time and place and continue to be widely published in Sweden, as well as abroad.

Sleet is one of four books with short stories by Sweden's most beloved authors: Astrid Lindgren, August Strindberg, Selma Lagerlöf and Stig Dagerman. A quartet of classic Swedish literature!