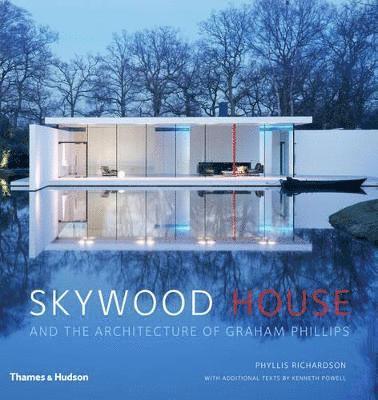 Skywood has been called `a house that turns lifestyle into a work of art' and one that `offers a masterclass in architecture's power to excite and inspire'. As a structure, it reflects rigour and attention to detail, attributes that its creator, Graham Phillips, credits both to his time at Foster & Partners, and to his experiences of buildings he loves, from Mies van der Rohe's Barcelona Pavilion and Luis Barragan's house in Mexico City, to the serene composition of Japanese gardens. Skywood House garnered immediate acclaim from the architectural and popular press. It also became a favoured setting for television and film producers, who found in its pure form and exquisite geometries the perfect backdrop for an array of dramatic scenarios. Known as the `Va Va Voom' house for its appearance in the 2005 Renault Clio television advert featuring the football titan Thierry Henry, Skywood continues to attract a popular and critical audience. And Phillips's further projects, carried out as an independent architect, resonate with the same sense of precision and elegance.
Läsglädje för alla, varje dag