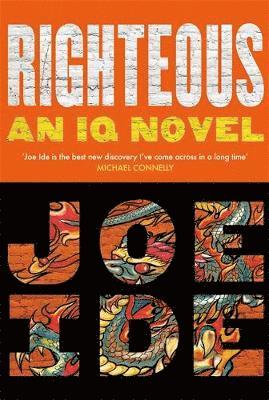 'Joe Ide is the best new discovery I've come across in a long time' Michael Connelly 'One of the most remarkable debuts I've read...Deliciously quirky, written with exceptional panache and a fine ear for dialogue, it introduces the world to an LA private detective who might just become the Holmes of the 21st century' DAILY MAIL 'In a way, the hate felt good. You were righteous, godlike, the dispenser of justice . . .' Super-smart sleuth Isaiah Quintabe - IQ to his friends - has built a mostly respectable life for himself, helping out friends and neighbours when he can and taking the occasional case to make ends meet. But there is one mystery that still haunts him almost ten years later - did his brother really die in a hit-and-run or was there more to the story behind his death? IQ has been approached by his brother's former girlfriend Sarita, whose younger sister, an erratic DJ and gambling addict, has gone missing in Las Vegas - with a frightening loan shark, Chinese Triad gangsters, and her own deadbeat boyfriend hot on her tail. Accompanied once more by his fast-talking, don't-call-me-a-sidekick partner Dodson, IQ heads off for the casinos and massage parlours of Las Vegas. His quest takes an unexpected turn when he meets a criminal mastermind who knows something about the murky circumstances that surrounded his brother's death. But when Isaiah learns the truth, what will he do with it? IQ was WINNER of the ANTHONY AWARD for Best Debut, the SHAMUS AWARD for BEST FIRST P.I. NOVEL. the MACAVITY AWARD for Best First Novel; SHORTLISTED FOR THE 2017 EDGAR AWARD and STRAND CRITICS AWARD.
Läsglädje för alla, varje dag