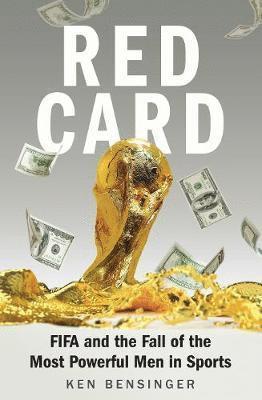 In Red Card, investigative journalist Ken Bensinger takes a journey to FIFA's dark heart. He introduces the flamboyant villains of the piece - the FIFA kingpins who flaunted their wealth in private jets and New York's grandest skyscrapers - and the dogged team of American FBI and IRS agents, headed by Attorney General Loretta Lynch, who finally brought them to book. Providing fresh insights on a scandal which has gripped the world, he shows how greed and arrogance brought down the most powerful institution in sporting history.

A wild, gritty, gripping, and at times blackly comic story, Red Card combines world-class journalism with the pace of a thriller.

Red Card will be a major film, produced by Pearl Street Films, the production company owned by Matt Damon and Ben Affleck.