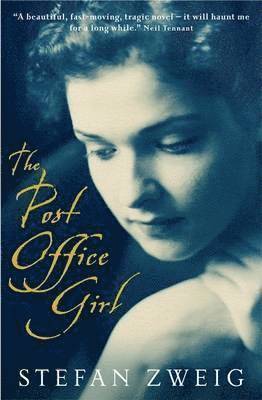 Cinderella meets Bonnie and Clyde in this 1930s tale of the boom and bust of capitalism, by one of Europe's most revered authors. Like Neil Tennant, we were bowled over by this deeply humane story about a post office girl offered a fleeting taste of unimaginable wealth - only to have it snatched away...A young Austrian woman, Christine, toils away in a provincial post office when, out of the blue, a telegram arrives inviting her to join an American aunt she's never known in a fashionable Swiss resort. She accepts and is swept up into a world of almost inconceivable wealth and unleashed desire. She feels herself utterly transformed. Then, just as abruptly, her aunt cuts her loose and she has to return to the post office, where - yes - nothing will ever be the same. Christine meets Ferdinand, a bitter war veteran and disappointed architect, forced to work on construction sites. They are drawn to each other, just as they are crushed by a sense of deprivation, anger and shame. Inevitably their attempts at love look set to flounder until, in one desperate and decisive act, they find a way to remake their world from within.
Läsglädje för alla, varje dag