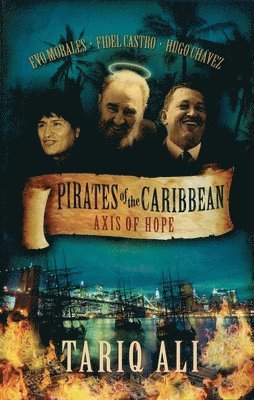 Pirates of the Caribbean: Axis of Hope

Since 1998, the Bolivarian revolution in Venezuela has brought Hugo Chavez to world attention as the foremost challenger of the neoliberal consensus and American foreign policy. While Chavez's radical social-democratic reforms have brought him worldwide acclaim among the poor, he has attracted intense hostility from Venezuelan elites and Western governments.

Drawing on first-hand experience of Venezuela and meetings with Chavez, Tariq Ali shows how Chavez's views have polarized Latin America and examines the hostility directed against his administration. Ali discusses the enormous influence of Fidel Castro on both Chavez and Evo Morales, the newly-elected President of Bolivia, and contrasts the Cuban and Venezuelan revolutionary processes.

Pirates of the Caribbean guides us through a world divided between privilege and poverty, a continent that is once again on the march.