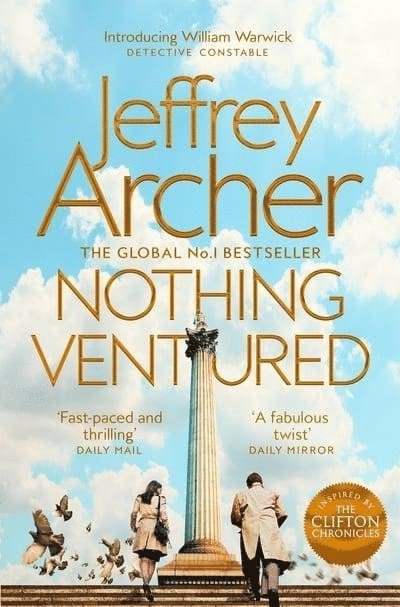 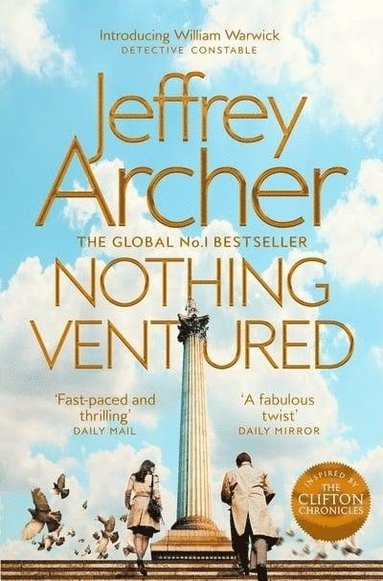 Nothing Ventured is the incredible and thrilling novel by the master storyteller and bestselling author of the Clifton Chronicles and Kane and Abel, Jeffrey Archer. This is not a detective story, this is a story about the making of a detective . . . William Warwick has always wanted to be a detective, and decides, much to his father's dismay, that rather than become a barrister like his father, Sir Julian Warwick QC, and his sister Grace, he will join London's Metropolitan Police Force. After graduating from university, William begins a career that will define his life: from his early months on the beat under the watchful eye of his first mentor, Constable Fred Yates, to his first high-stakes case as a fledgling detective in Scotland Yard's arts and antiquities squad. Investigating the theft of a priceless Rembrandt painting from the Fitzmolean Museum, he meets Beth Rainsford, a research assistant at the gallery who he falls hopelessly in love with, even as Beth guards a secret of her own that she's terrified will come to light. While William follows the trail of the missing masterpiece, he comes up against suave art collector Miles Faulkner and his brilliant lawyer, Booth Watson QC, who are willing to bend the law to breaking point to stay one step ahead of William. Meanwhile, Miles Faulkner's wife, Christina, befriends William, but whose side is she really on? Nothing Ventured heralds the start of a brand new series in the style of Jeffrey Archer's number one Sunday Times bestselling The Clifton Chronicles: telling the story of the life of William Warwick - as a family man and a detective who will battle throughout his career against a powerful criminal nemesis. Through twists, triumph and tragedy, this series will show that William Warwick is destined to become one of Jeffrey Archer's most enduring legacies.
Läsglädje för alla, varje dag