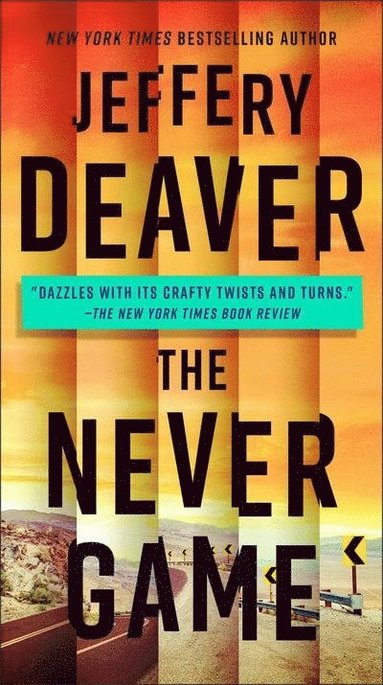 From the bestselling and award-winning master of suspense, the first novel in a thrilling new series, introducing Colter Shaw.

"You have been abandoned."

A young woman has gone missing in Silicon Valley and her father has hired Colter Shaw to find her. The son of a survivalist family, Shaw is an expert tracker. Now he makes a living as a "reward seeker," traveling the country to help police solve crimes and private citizens locate missing persons. But what seems a simple investigation quickly thrusts him into the dark heart of America's tech hub and the cutthroat billion-dollar video-gaming industry.

"Escape if you can."

When another victim is kidnapped, the clues point to one video game with a troubled past-- The Whispering Man . In that game, the player has to survive after being abandoned in an inhospitable setting with five random objects. Is a madman bringing the game to life?

"Or die with dignity."

Shaw finds himself caught in a cat-and-mouse game, risking his own life to save the victims even as he pursues the kidnapper across both Silicon Valley and the dark 'net. Encountering eccentric game designers, trigger-happy gamers and ruthless tech titans, he soon learns that he isn't the only one on the hunt: someone is on his trail and closing fast.

The Never Game proves once more why "Deaver is a genius when it comes to manipulation and deception" (Associated Press).
Läsglädje för alla, varje dag