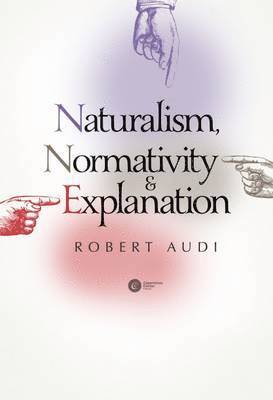 This book critically examines philosophical naturalism, evaluates the prospects for naturalizing such normative properties as being a reason, and proposes a theory of action-explanation. This theory accommodates an explanatory role for both psychological properties such as intention and normative properties such as having an obligation or being intrinsically good. This overall project requires distinguishing philosophical from methodological naturalism, arguing for the possibility of a scientifically informed epistemology that is not committed to the former, and freeing the theory of action-explanation from dependence on the reducibility of the mental to the physical. The project also requires distinguishing explanatory power from causal power. Explanations-at least of the kinds central in both science and everyday life-are conceived as constitutively aimed at yielding understanding; the book sketches a view of understanding that clarifies the nature of explanation; and, partly in the light of this relation, it provides a broad account of causal power on which psychological properties can possess it without being reducible to physical properties. The book concludes with an account of how, especially in the normative domain, explanations can be a priori. They may use a priori generalizations to provide understanding of what they explain, and they may clarify a priori propositions, or both. They may achieve these aims not only in logic and pure mathematics, but also in the realm of moral and other normative phenomena. The overall result is to show how philosophical understanding of both natural and normative phenomena is possible through integration with a scientific habit of mind that does not require a narrow empiricism in epistemology or a reductive naturalism in metaphysics or the theory of explanation.AuthorRobert Audi is an internationally known contributor to epistemology, ethics, and philosophy of action. He has published books and numerous papers in epistemology, and he lectures widely in epistemology and such related areas as ethical theory and philosophy of action. His epistemological books include The Structure of Justification (1993), The Architecture of Reason (2001), Epistemology (3rd edition, 2010), and Moral Perception (2013). His recent books in ethics and political philosophy include The Good in the Right: A Theory of Intuition and Intrinsic Value (2004), Practical Reasoning and Ethical Decision (2006), Moral Value and Human Diversity (2007), and Democratic Authority and the Separation of Church and State (2011). Audi is a past president of the American Philosophical Association, a former editor of The Journal of Philosophical Research, Editor-in-Chief of The Cambridge Dictionary of Philosophy (third edition forthcoming in 2015), and currently John A. O'Brien Professor of Philosophy at the University of Notre Dame.
Läsglädje för alla, varje dag