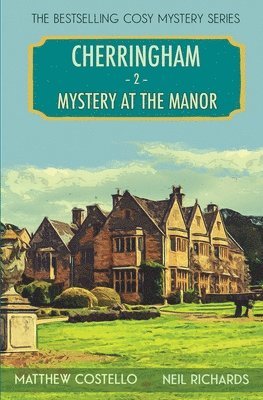 Mystery at the Manor

The elderly owner of Mogdon Manor, Victor Hamblyn, dies in a mysterious fire. But was it really an accident? Jack and Sarah are sceptical. The victim's three middle-aged children, who all live in the village of Cherringham, are possible heirs. And possible murderer ... Did one of them set the fire?

Set in the sleepy English village of Cherringham , the detective series brings together an unlikely sleuthing duo: English web designer Sarah and American ex-cop Jack. Thrilling and deadly - but with a spot of tea - it's like Rosamunde Pilcher meets Inspector Barnaby. Each of the self-contained episodes is a quick read for the morning commute, while waiting for the doctor, or when curling up with a hot cuppa.