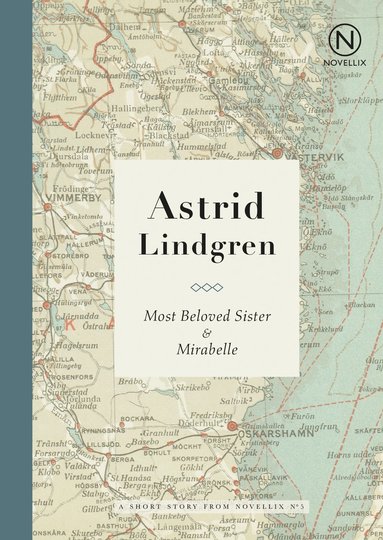 Then Lalla-Lee grabbed my arm very tightly and said: "Most Beloved Sister, there is one thing you must know!"
I felt a pain in my heart just then.
"No," I said. "I do not want to know."
"Yes, one thing you must know," continued Lalla-Lee. Then the flowers stopped singing and the trees stopped playing, and I could no longer hear the brook's melody.
"Most Beloved Sister," said Lalla-Lee.
"When Salikon's roses wither, then I will be dead."

Astrid Lindgren (b. 1907 in Vimmerby, d. 2002) was a Swedish writer of fiction and screenplays, best known for her beloved children's book series featuring Pippi Longstocking, Emil in Lönneberga, Karlsson-on-the-Roof and The Six Bullerby Children, as well as the children's fantasy novels Mio my Mio, Ronia the Robber's Daughter and The Brothers Lionheart. Alongside her prolific writing career, Lindgren was well-known both for her support of children's and animal rights.
As of January 2017, Astrid Lindgren is the world's eighteenth most-translated author and the fourth most-translated children's writer. Her books have sold roughly 144 million copies worldwide.

Most Beloved Sister & Mirabelle is one of four books with short stories by Sweden's most beloved authors: Astrid Lindgren, August Strindberg, Selma Lagerlöf and Stig Dagerman. A quartet of classic Swedish literature!