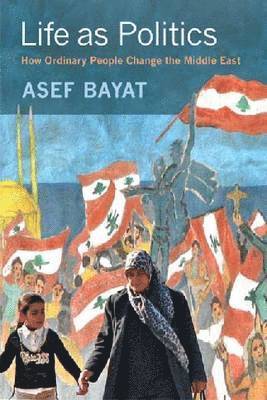 In the popular imagination, the Muslim Middle East is frozen in its own traditions and history-a land of mosques and minarets, veiled women, despotic regimes, and desert sand. But this assumption fails to recognize that social and political change comes in many guises. In this eye-opening book, Asef Bayat reveals how under the shadow of the authoritarian rule, religious moral authorities, and economic elites, ordinary people can make meaningful change through the practices of everyday life. Though not as visible on the world-stage as a mass protest or a full-scale revolution, millions of people across the Middle East are discovering or creating new social spaces within which to make their claims heard. The street vendor who sets up his business in the main square, squatters who take over public parks, Muslim youth who frequent public hangouts in blue jeans, and protestors who march in the streets, poor housewives who hang their wash in the alleyways, and educated women who pursue careers doing "men's work"-all these people challenge the state's control and implicity question the established public order through their daily activities. Though not coordinated in their activities, these "non-movements" offer a political response, not of protest but of practice and direct daily action. Offering a window into the complex social processes in a too-often misunderstood part of the world, this unique book provides a much-needed Middle Eastern perspective on global debates over the meaning of social movements and the dynamics of social change.
Läsglädje för alla, varje dag