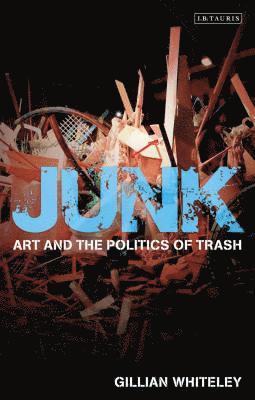 Junk: Art and the Politics of Trash

Trash, garbage, rubbish, dross, detritus -- in this enjoyably radical exploration of junk, Gillian Whiteley re-thinks art's historical and present appropriation of junk within our eco-conscious and globalized culture. She does this through an illustrated exploration of particular materials, key moments and locations and the telling of a panoply of trash narratives. Found and ephemeral materials are primarily associated with assemblage -- object-based practices which emerged in the mid-1950s and culminated in the seminal exhibition "The Art of Assemblage" in New York in 1961. With its deployment of the discarded and the filthy, Whiteley argues, assemblage has been viewed as a disruptive, transgressive artform that engaged with narratives of social and political dissent, often in the face of modernist condemnation as worthless kitsch. In the Sixties, parallel techniques flourished in Western Europe, the US and Australia but the idiom of assemblage and the re-use of found materials and objects -- with artist as bricoleur -- is just as prevalent now. This is a timely book that uncovers the etymology of waste and the cultures of disposability within these economies of wealth.