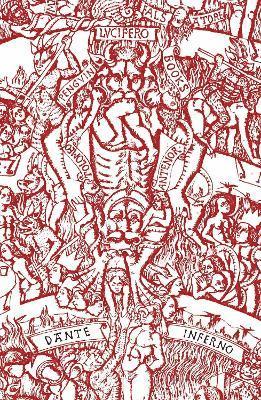 Discover Dante's original Inferno in this modern and acclaimed Penguin translation. Describing Dante's descent into Hell with Virgil as a guide, Inferno depicts a cruel underworld in which desperate figures are condemned to eternal damnation for committing one or more of seven deadly sins. As he descends through nine concentric circles of increasingly agonising torture, Dante encounters many doomed souls before he is finally ready to meet the ultimate evil in the heart of Hell: Satan himself. This new edition of Inferno includes explanatory notes and illustrations showing the different layers of hell. Robin Kirkpatrick's masterful translation is also available in a bilingual Penguin edition, with the original Italian on facing pages, and in a complete edition of The Divine Comedy with an introduction and other editorial materials. Dante Alighieri was born in 1265. He studied at the university of Bologna, married at the age of twenty and had four children. His first major work was La Vita Nuova (1292), a tribute to Beatrice Portinari, the great love of his life who had died two years earlier. In 1302, Dante's political activism resulted in his being exiled from Florence. After years of wandering, he settled in Ravenna and in about 1307 began writing The Divine Comedy. Dante died in 1321. Robin Kirkpatrick is a poet and widely-published Dante scholar. He has taught courses on Dante's Divine Comedy in Hong Kong, Dublin and Cambridge, where is Fellow of Robinson College and Professor of Italian and English Literatures. 'The perfect balance of tightness and colloquialism...likely to be the best modern version of Dante' - Bernard O'Donoghue
Läsglädje för alla, varje dag