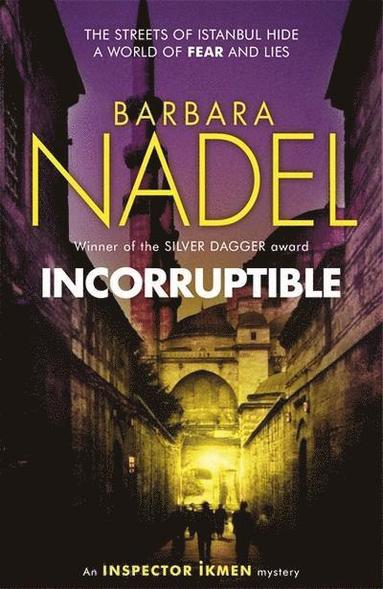 NCORRUPTIBLE is the gripping new Istanbul crime thriller starring Inspector Ikmen, 'the Morse of Istanbul' (Daily Telegraph), from award-winning author Barbara Nadel. Not to be missed by fans of Donna Leon.

In the backstreets of Istanbul, a young woman's body is found. Dumped in a dustbin and covered in cut flowers, she is the victim of a frenzied and vicious stabbing.

Inspector Ikmen discovers that the woman was well known in Istanbul. Newspapers had been calling her the blessed woman; cured of cancer in a Christian miracle and a proclaimed messenger of the Virgin Mary. These controversial claims had made her fierce enemies in the predominantly Islamic community and she had unwittingly stirred up divisions amongst the Christians of the city. But as Ikmen digs further into the case he uncovers powerful hatred and dark secrets lurking within her family. And to find the truth he must delve into a toxic world of fear, concealment and lies. The question is: was this a killing in the name of faith or does the answer lie somewhere else?