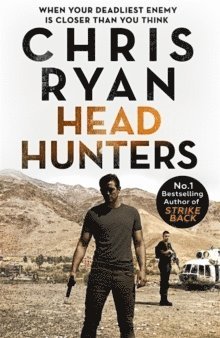 The sixth book in the Danny Black series by SAS hero and bestselling author Chris Ryan. The Regiment is beset by a mysterious run of suicides. When Danny Black becomes part of an SAS hit squad to seek out and eliminate Taliban leaders he has to steel himself for the pressures of a constant round of killing.

What he can't prepare himself for is the accusation that he has massacred an entire family, and an old enemy in the Military Police is on his tail, determined to put him away.